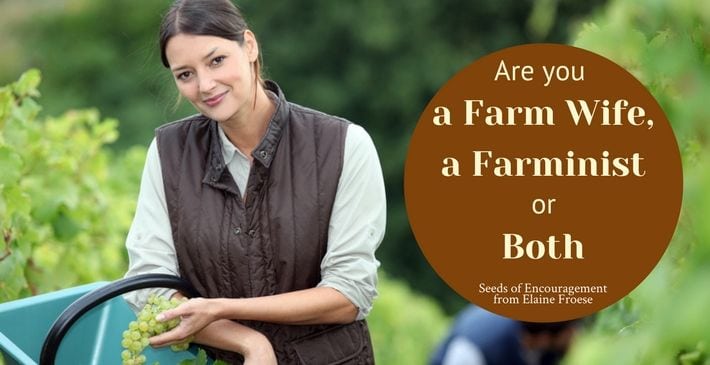 Country Guide Senior Editor Maggie Van Camp is a widow, mom, journalist, and chicken farmer who coined a new term at CAFA’s (Canadian Association of Farm Advisors) Update in Guelph earlier this year. Maggie proposed that the culture of agriculture needs a new mindset to speak to the many women farm operators in our country; women who run farms and are more than farm wives. She wants to see an equal opportunity approach, not unlike feminism. Her term is “Farminist,” which as she defines it is someone who believes in gender equality for farmers. Catchy and true, I think – so much so that I suggested a new line of t-shirts be donned in the field saying “I am a Farminist.”

Do you encourage your daughter to attend AG college, wield a welder, and drive the sprayer? My neighbor is a dad to four smart daughters, no sons, and has heaps of farm work that any of his daughters can tackle.  Maggie suggests, “The message should be that we pick the best successor – regardless of gender and that we can train our girls too.” I love that. Moreover, she goes on to suggest that, “we also need to teach our boys how to do the more traditionally female jobs like cooking and how to handle the accounts, etc.”

As a farm family coach I see young women anxious to do the books, make cropping plans, and farm their spouse’s  farm as well as their dad’s operation. I also see women who are weary nursing babies and trying to keep up their pre-parent pace of managing a dairy. Women in agriculture are a force to be acknowledged, which is why I phone my accountant to ask that her large firm changes their succession advertising brochures, which do not have images of women in the wheat fields or at the computer. This is 2016 as the young farmers at the Ag Excellence conference declared.

Thirty-five years ago this month, on July 4th (Independence Day …ha!), I became Mrs. Elaine Froese, or Mrs. Wes Froese if you really want to be traditional. I married the love of my life, a farmer. My dad, a farmer, expressed his delight at our wedding reception that I had chosen a man in the same field as Dad (pun intended.) So I became a farm wife, moving into my mother-in-law’s former home in September. For 35 years I have planted a garden, created hot meals to deliver to the field, raised two loving adult children, run for parts, and deposited the cheques. I do not do the farm books and never will as attention to detail is not my forte. My 21 years of writing income from Grainews was to hire a bookkeeper. Words are my friend; accounting programs are not.

Lacey Gerbrandt of Emerge Ag Solutions had a great idea to host a farm women’s conference in Saskatoon called Connect. This annual conference hit the nerve of celebrating the many hats that farm women wear. Farm women long for connection and recognition. This was the perfect spot to laugh, cry, share stories, and be affirmed for the myriad of roles that farm women play today.

I shared a table with Billi J. Miller, a writer and photographer who just released her book Farmwives in Profile. 17 Women: 17 Candid Questions About Their Lives. Billi wrote the book as a tribute to the women in her community who have mentored and encouraged her, a new farm wife near Lloydminster Alberta. It was a delight to read their responses to the challenges that they experienced and their legacy. I did not envy the woman who mentioned shoveling a truckload of grain with a hoistless truck! Farm women work hard at many roles alongside their farming husbands. They have food in their freezers for unexpected company, and they want their children to live with love and respect for family and hard work.

Would You Call Yourself a Farminist, a Farm Wife, or Both?

What does being a farm woman mean to you?

For me, it is both. I want to see all young people work as a team to make agriculture their career and create success for their farm team. I also recognize that some women who are married to farmers have no interest in the farm, which is a bit of a red flag for the parents who expect Mrs. Junior Farm Wife to start taking on the roles of her mother-in-law.

We also need to recognize that family living takes $50K /year or more, and the operating line of credit for the farm grows with increasing input costs. Perhaps you see your key role as the operating line of revenue for family living, so you go off to town for your day job and then roll home for your farm job. This is exhausting to young moms and tiring for grandmas who still try to “do it all .“ The amount that farm women spend on family living versus what is spent on the farm can be a source of tension or triumph if there is financial transparency between the generations. It also helps if the farm is profitable and has positive cash flow.

A farminist sees their career as agriculture, and they want respect for their skills, not jokes about their gender. Ag policy organizations and farm suppliers would be wise to check if their messaging and branding resonates with the many career agriculture women. Farm wives are not married to the farm as their label suggests, they are committed to their families and the success of their farm partners. They are team players with many different skill sets. Farminists and farm women all want to have a voice in decision making on the farm.

The farminist who sat at my table in seeding time was adamant that she be recognized for her abilities to drive equipment, do mechanics, and plan production.

“Being a farminist is also about being proud of who we are and what we do, regardless of gender, race or culture. I believe accepting and promoting diversity on our farms is paramount to a successful future.” – Maggie Van Camp.

Celebrate who you are! I will see all of you Farm Wives, Farminists…or both, in Saskatoon at Connect Ag this November 1st! 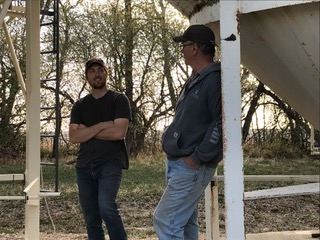 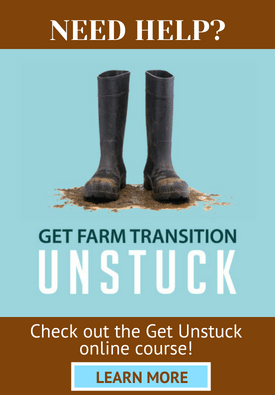 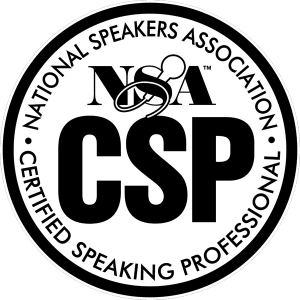 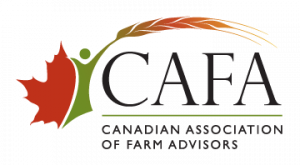 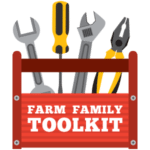